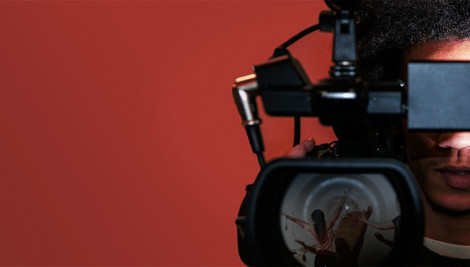 MMC’s B.A. in Digital Media and Video Production major is no longer accepting new applications. Students interested in Fall 2021 admittance should apply to the new BFA in Film and Media Production program.

Those who wish to study the history, theory and industrial practice of film, television, and new media should explore our Film and Media Studies program.

Why Digital Media and Video Production at MMC? 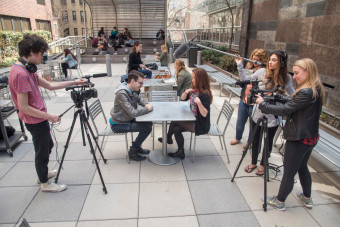 Students in this major take full advantage of our location in New York City – the media capital of the world – where unparalleled opportunities are available for students looking to obtain real-world experience in their chosen field. The major creates artists and leaders who will help define the future of media-based storytelling with an emphasis on video and emerging media production.

Our award-winning faculty have years of professional experience in broadcast, film, radio, and new media; and guest lectures, field trips, film screenings, and in-depth workshops are just a few of the added advantages to the established coursework in this major.

Students are encouraged to immerse themselves in the industry and take internships in the fields they are interested in and in years past, students have interned at stations such as MTV, NBC, CNN, PBS, Sirius Radio, and with shows like Rachael Ray and the Tonight Show with Jimmy Fallon.  They have also worked on independent films and interned at key film venues, such as the Tribeca Film Festival. This major will prepare students for jobs in video production, editing, directing, digital advertising, and other positions in the ever expanding digital media field. Students will use the state-of-the-art facilities to make sure they’re ready for a career in their field.