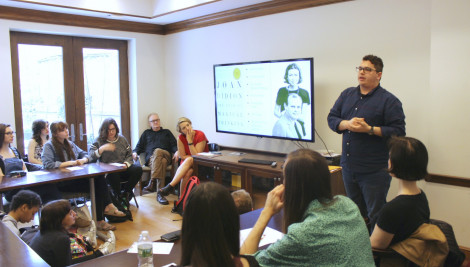 Cody Gambino, '17 presents his research for Honors in the Major

The Traditional and the Cutting Edge

Students who concentrate in Literature and Media take a blend of both literature and communication courses, building connections between content, genres, and methods. Within individual courses such as The Visual Memoir, Narrating Climate Change, Special Topics: Video Game Storytelling, and Shakespeare and Film, these connections become even more concrete and expressive.