Each semester, the Department of Theatre Arts hosts a series of college-wide interdisciplinary dialogues related to its mainstage productions. These events are designed to help the cast and other members of the college community examine the larger social, cultural, and political contexts of the plays. In the past, faculty members from every college division have participated, as well as students, particularly student designers. The dialogues also regularly include notable outside speakers. For example, playwright Craig Lucas joined a dialogue when MMC produced Reckless, John Guare visited when the department staged The House of Blue Leaves, and Jay McInerney participated in one of the dialogues about the musical Bright Lights, Big City. These events are free and open to the entire college community and to the public. 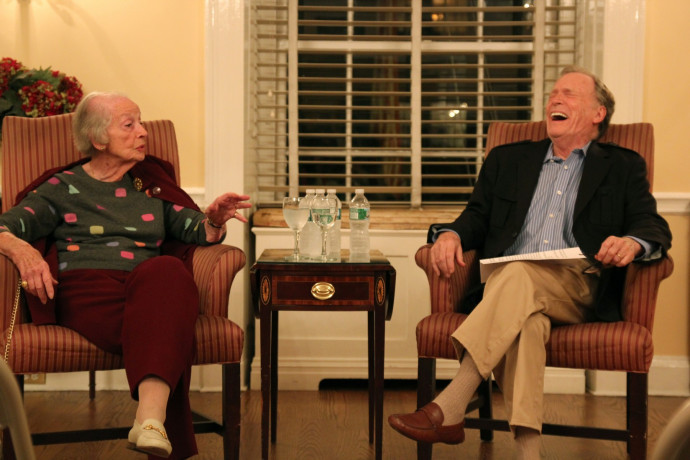 Creativity and Collaboration: The Career of George S. Kaufman (September 30, 2013). Anne Kaufman Schneider, George S. Kaufman's daughter, joined us for a conversation about her father and his work, with particular focus on Stage Door. Dick Cavett, the well-known columnist and former talk show host, led the discussion.