Meet the incredibly talented performers at the 2019 Annual Scholarship Benefit. 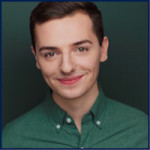 Nicholas Hathaway is thrilled to be a senior BA Theatre Performance major with a minor in Musical Theatre. He has been seen in the MMC mainstage production of Parade (Frankie Epps/Young Soldier). He also was seen in the ensemble in productions of The Drowsy Chaperone and A Chorus Line through the Musical Theatre Association.

Brent Michael Jones has been performing in the Off-Broadway family show Addy & Uno since its opening in September of 2017. Previous MMC credits include The Who’s Tommy (Cousin Kevin) and Charlie and Algernon (Dr. Strauss). Additionally, Brent has the privilege of working on the long running Off-Broadway shows NEWSical and The Marvelous Wonderettes, and he “forcefully” is the Company Manager for A Musical About Star Wars.

Grace Mincks is a graduating senior at Marymount Manhattan College, majoring in Musical Theatre. Favorite credits include Heather Chandler in Heathers: The Musical, Jo March in Little Women: The Musical, Chris Hargensen in Carrie: The Musical, and Lucille Frank in Parade at MMC. She will be beginning her post-grad career in August as a lead vocalist with Celebrity Cruise Lines. 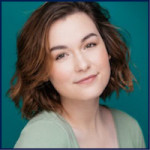 Lara Taylor is a senior BA Theatre Performance major with a minor in Musical Theatre. Her MMC mainstage credits include Starlight Express (Ruhrgold), 10 out of 12 (Lights), and The Boys from Syracuse (Ensemble). She is also the Vice President of the Musical Theatre Association at MMC, where she has had the opportunity to direct, coordinate/facilitate, perform, and do just about every odd job imaginable for some pretty incredible student-run theatre. 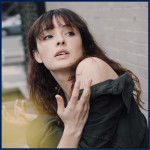 Abby Chenard is from Philadelphia, Pennsylvania and is currently a sophomore BFA Dance major. She grew up studying ballet, modern, tap dance, jazz, pointe and hip hop. She currently trains primarily in modern, ballet and pointe daily at MMC. In addition to her technique classes, she is studying composition and improvisation. She has worked with Earl Mosley, Jessica Lang, and has worked on repertoire from the Gallim Dance Company. Outside of school, she has worked with Nathaniel Hunt, performing his work Still in Earl Mosley’s Diversity of Dance performance and is currently working on the re-staging of Hunt’s work, The Others. Abby has participated in programs such as the Martha Graham Winter Intensive. She is passionate about performing, as well as creating, and is excited to continue exploring her passions at Marymount Manhattan College. 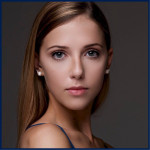 Eleanor Faherty began her dance training in 2012 at the New Jersey School of Ballet and then studied at a performing arts high school in New Jersey. While in high school, she gained experience teaching dance classes at a local studio. She studies a variety of dance forms but focuses in modern and contemporary. Currently, Eleanor is pursuing a BFA in Dance with a Modern concentration. She is also a member of the National Honors Society for Dance Arts. During her summers, Eleanor has studied at the Joffrey Ballet School and has worked as a Capezio Fit Model.

Lindsay Grymes is a dancer from Bethesda, Maryland who grew up studying a wide array of genres, including modern, ballet, and hip hop. Lindsay is a junior BFA Dance major. She trains daily in ballet and modern techniques as well as floor work, composition, and improvisation. Aside from her training, she has been a part of works by Gabrielle Lamb, Loni Landon, Trey McIntyre, and Kyle Abraham. Outside of school she has attended dance programs such as Alonzo King Lines summer program, Vim Vigor’s winter, spring, and summer intensives, and the San Francisco Conservatory of Dance four-week program. In addition to being a performer, Lindsay is heavily invested in choreography. This past spring semester she completed her third piece, entitled Jointly. Through performance and choreography, Lindsay is intrigued by what the human body is capable of achieving, both mentally and physically. 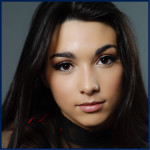 Jade Kelley is from Hammond, Louisiana. She began her dance training at the age of 3. Jade became a member of the Southeast Dance Alliance in 2006 and trained with many choreographers from around the country. She studies numerous dance forms, but mainly focuses on modern and ballet. In 2014, she received the title of Miss Teen Dance of Louisiana. During her summers, Jade has studied with the Joffrey Ballet School, the Rock School, and Complexions. At the age of 17, she choreographed her first piece. Jade is currently a first-year student in the BFA Dance program with a Modern concentration.

Amanda Killmer, originally from New Jersey, studied at New Jersey Dance Theatre Ensemble before continuing her studies at Marymount Manhattan College, from which she graduate this May with a concentration in Choreography. While at MMC, Killmer has choreographed several works for Marymount’s Dancers At Work showcase and has performed in works by Loni Landon, Ronald K. Brown, Gabrielle Lamb, Angelica Stiskin, and Tami Stronach.

Abby Tatro is from Naperville, Illinois, where she received her dance training under the instruction of Anne Forrest—artistic director and owner of Inspire School of Dance. She trained with choreographers and teachers from across the country and performed as part of the Inspire Dance Company for 11 years. Abby is training to receive a BFA in Dance and a minor in Graphic Design. She has had the pleasure of performing works by Robert Battle, Jacqulyn Buglisi, Trey McIntyre, Gabrielle Lamb and Earl Mosley. Additionally, as part of the Marymount Manhattan Dance Company, she has studied works by Andy Blankenbuehler, Chet Walker, Pascal Rioult, Andrea Miller and Kyler Abraham.  Abby looks forward to continuing to expand her education at MMC and is excited for the future of her dance career.