Wenner, whose father, Jann Wenner, began Rolling Stone magazine in 1967, spoke to MMC students in an hour-long conversation on brand growth, emerging media, the magazine’s well-publicized relaunch, and their commitment to print while growing their digital platform. Wenner took student questions and gave advice on the launch of MMC’s new nonfiction digital journal, Two Two One, telling them to “be passionate” about what they do and suggested developing a clear mission statement. 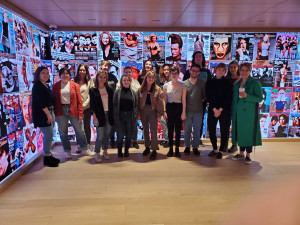 Thank you so much to everyone at Rolling Stone for making this visit possible!