Marymount Manhattan College College and the Office of Student Development and Activities proudly celebrates Latinx Heritage Month, traditionally observed each year from September 15 through October 15, to honor the historic, cultural, and artistic contributions of Latinx Americans to the United States.

The ‘x’ at the end of the word is used in lieu of the ‘o’ to offer a gender-inclusive option of Latina or Latino.

Latinx Heritage Month began in 1968 as Hispanic Heritage Week under President Lyndon Johnson and was later broadened by President Ronald Reagan in 1988 to cover a 30-day period starting on September 15 and ending on October 15. On August 17, 1988, it was enacted into law as Public Law 100-402.

Whether you are on campus or staying home, in the U.S. or living abroad, MMC is proud to celebrate the culture and pride of its Latinx-identified students, faculty, and staff along with Latinx communities around the world.

The Latinx Heritage Month series will engage MMC students with all aspects of Latinx culture, featuring guest speakers, food, literature and games! Stay in the know, and be sure to download the MMC Engage app in your app store to register for these and other upcoming events: 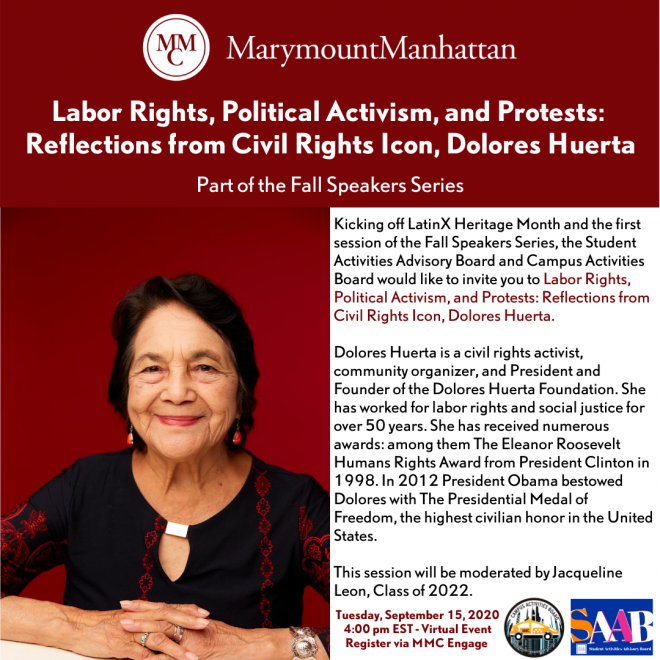