Institute for Professional and Advanced Study» 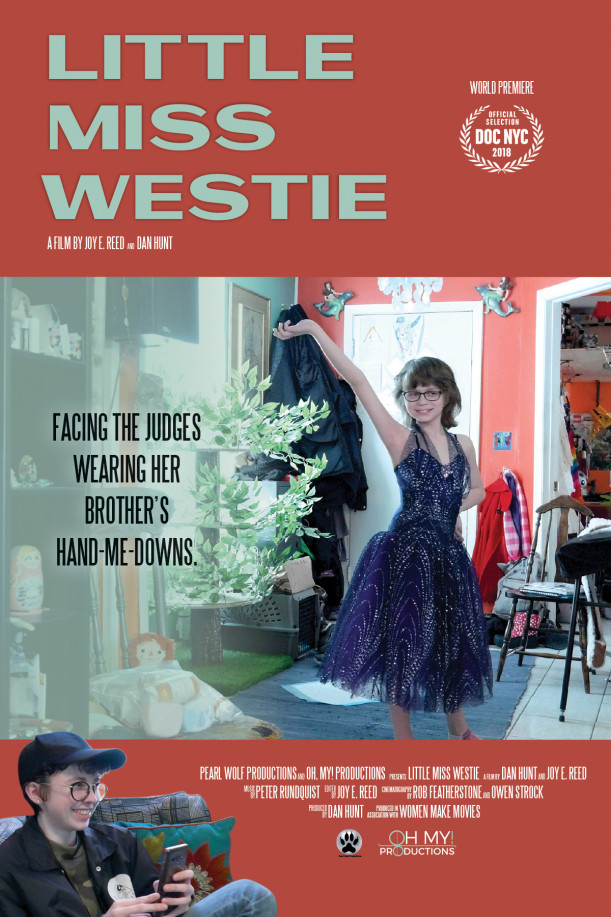 Little Miss Westie is a moving documentary following two transgender siblings, Ren (transgirl) and Luca (transboy), as they navigate puberty, school, dating, and family during the Trump era. Ren is competing in the Lil Miss Westie pageant as perhaps the first out transgirl, if she has the nerve to come out while on stage. Her older brother, Luca, coaches her on posing, make-up and talent because he competed six years ago when he was living as a girl. A poignant and complex family portrait, Little Miss Westie challenges fundamental ideas about gender identity and parenting, while entertaining audiences as this tween and teen bicker, explore, and compete all while coming of age.

At a time when basic human rights for transgender and LGB folks are under attack by the current administration,stories like Little Miss Westie must be made and shared to fight widespread ignorance and further discrimination.

Professor Dan HuntProfessor Hunt teaches classes in media theory and production. Hunt brings over 20 years of award-winning documentary experience as a producer and director whose work focuses on topics as broad as gender and sexuality, prison reform, and environmental sustainability. His work has broadcast on PBS, ABC, Documentary Channel, Logo, and WEtv and screened at film festivals all over the world. His work has been funded by the MacArthur Foundation, Viacom, Robeson Fund, Phillips Foundation, Corporation for Public Broadcasting, Subaru, CitiBank, Soros Foundation, and the NEH. Past documentary work has been awarded several Telly Awards, the Cine Golden Eagle Award, Gracie Allen Award given by American Women in Radio and TV, National Association of Education’s Media Award, and nominated for multiple Emmys. Hunt is a Soros Media Fellow and works on the programming team at the Tribeca Film Festival.

Joy E. Reed brings over a decade of experience in documentary, and has been on the creative team of a number of films that have premiered at Sundance, including BUCK (Audience Award), and HOW TO DANCE IN OHIO.  Her work has been broadcast on PBS, HBO, and other festivals worldwide.

Tony FerraioloTony Ferraiolo is known as a compassionate and empowering Life Coach and a motivating and thought-provoking trainer. Since 2005 Tony has provided trainings to over 20,000 people around the country. Tony has dedicated himself both to promoting competent and respectful health care for the transgender community (primarily by educating providers) and to advocating on behalf of patients.

This is a free event open to all members of the Marymount Manhattan College community. Tickets will be available starting on Monday, February 26, 2019.