Institute for Professional and Advanced Study»

This event has been postponed until Fall 2020 in light of public health concerns stemming from COVID 19.

Join us for this one-day workshop to hear from women leaders from across the publishing industry about their experiences in this fast-paced and rapidly changing field. Whether you are currently working in publishing and looking for advice on how to advance your career, or you are a student preparing to launch your career in the industry, this workshop is the perfect occasion to meet and network with like-minded professionals and accomplished female leaders in the field.

Jennifer Romanello began her career in book publishing as a publicity assistant at Macmillan and its imprints, Scribner and Atheneum. She then moved on to Dutton, where she rose to Associate Director of Publicity and worked with a roster of critically acclaimed authors including Julia Alvarez, Joyce Carol Oates, and Jamaica Kincaid.   In 1995 she joined Warner Books, now Grand Central Publishing, an imprint of Hachette. She was VP, Executive Director of Publicity there for many years and worked with a wide range of bestselling authors including Nicholas Sparks, David Baldacci, Nelson DeMille and Brad Meltzer, among others. She was most recently VP, Director of Publicity at Simon and Schuster Children’s Publishing and oversaw the publicity for the following imprints: Simon & Schuster Books For Young Readers, Atheneum, Margaret K. McElderry, Aladdin, Simon Pulse, Paula Wiseman, Beach Lane Books, Little Simon and Simon Spotlight. Some of the authors she worked with at S&S include Cassandra Clare, Mike Lupica, Jennifer Weiner, and Derek Jeter. Jennifer completed her MFA in Creative Writing with Distinction from Hofstra University and her poems have been published in Ovunque Siamo and VIA: Voices in Italiana-Americana (forthcoming).  Her poems “Omphalos” (2018) and “I terri” (2015) received first place in the Concorso Internationale di Poesia held in Messina, Sicily. Jennifer is currently a Lecturer in the MS Program in Publishing at Pace University.

As space in the workshop is limited, all participants must register in advance.

The registration fee for this workshop is $15 (including coffee, lunch, and closing reception). This fee is waived for current students from MMC and PACE.

Seats are guaranteed to early registrants.  The Early Registration Deadline is Friday, March 20.

Register for this Workshop 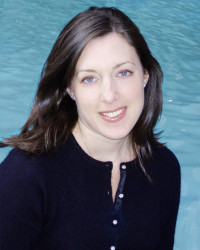 Our Keynote Speaker, Diana Baroni is the SVP, Editor in Chief of Harmony Books and Rodale Books.  Over the past six years, she has enhanced and cultivated two imprints that have become the destination for visionary practical and narrative nonfiction by thought leaders and credentialed experts who strive to change the cultural conversation, as well as inform and inspire readers to live better lives. In her more than 25 years in publishing, she has developed an expertise in nonfiction titles that focus on psychology, inspiration, wellness, personal fulfillment and lifestyle.  She has acquired and/or guided the publications of such trendsetting and bestselling authors as Gretchen Rubin, Deepak Chopra, Arianna Huffington, Rick Hanson, Mark Sisson, Rocco DiSpirito, Sanjay Gupta, Lisa Genova, Ph.D., Amanda Little, Nicholas Perricone, MD, Rip Esselstyn, and Neal Barnard, MD.

Described by Bella NYC Magazine as being “passionate, energetic, and full of life,” Krupp Kommunications founder and CEO, Heidi Krupp-Lisiten, is right at home in the world of marketing, promotion and media.  With over 25 years in the field, Heidi has become recognized as an industry leader who works closely with her clients to develop innovative 360-degree brand platforms designed to engage consumers, excite media, drive awareness, and most importantly, deliver quantifiable business outcomes.

As the head of Krupp Kommunications, Heidi provides multi-disciplined marketing solutions, including unique strategic PR programs, on behalf of globally recognized brands such as Weight Watchers, Ann Taylor, Gaiam and Everyday Health. She has placed over 80 books on the New York Times bestseller lists, including #1 bestsellers, Money: Master the Game, The South Beach Diet, The Shift, and The Melt Method.

Heidi launched Krupp Kommunications, in 1996 from her studio apartment in Hoboken, New Jersey.  Since then, Heidi and the Krupp Kommunications team has been recognized as an award-winning public relations, marketing, and branding agency, receiving accolades that include numerous Bulldog Awards for such categories as Excellence in Communicating Corporate Social Responsibility, Reputation and Sustainability Programs for “Super Service Challenge,” and being placed on Inc. Magazine’s “Inc. 5000” list two times.  Heidi herself has been recognized by the New York Business Journal as a 2015 Woman of Influence, and she is also one of the recipients of Enterprising Women’s 2015 Enterprising Women of the Year Award. 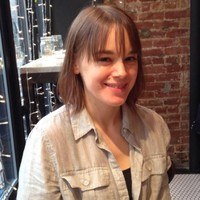 Ann Dye is a New York-based publishing professional with 15+ years of experience, including positions at Disney Publishing Worldwide, Little, Brown Books for Young Readers, and Houghton Mifflin Harcourt. She is currently Senior Director, Marketing at HarperCollins Children’s Books, overseeing cross-functional marketing efforts across the division, including management of the marketing operations and school & library teams for HarperCollins. In her time at HarperCollins, she has overseen marketing campaigns behind several bestselling authors including Katherine Applegate, Sara Pennypacker, and Jerry Craft, recent Newbery Medalist for NEW KID. She received her Bachelor of Science from Cornell University and currently serves on the President’s Council of Cornell Women (PCCW). 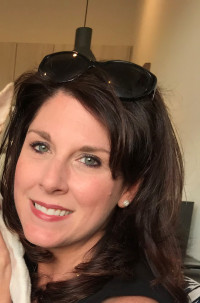 Jessica Napp, class of 2000, is Associate Director of Publicity for Rizzoli New York, a position she has held for the last 13 years. One of the most respected illustrated book publishers in the world, Rizzoli specializes in fashion and luxury lifestyle brands, art-architecture-photography monographs, cookbooks, and pop culture tomes. Sister company Rizzoli Bookstore is one of the most celebrated independent bookstores in the world with locations in New York (NoMad) and Milan (The Galleria). She has worked on book PR campaigns for Kim Kardashian, Diane Keaton, Whoopi Goldberg, the Bob’s Burgers franchise, the Macy’s Thanksgiving Day Parade, plus countless others. Before joining Rizzoli she worked in publicity departments at Simon & Schuster, Little Brown, and Abrams and is a regular guest lecturer in the General Marketing and Principles class. She lives in Hoboken, NJ with her husband and two Shih Tzus.

Register for this Workshop